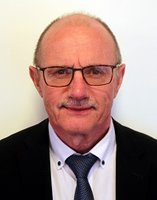 Lieutenant General Poul Kiaerskou was born in 1954. He volunteered for national service in 1973, joined the Military Academy in 1974, and was commissioned 1st Lieutenant in 1978.

During his initial tours of regimental duty he served in armour and recce units of the Jutland Dragoon Regiment.

Following promotion to major in 1987 he served as Aide-de-Camp for the Chief of Defence and later as Chief Operations in 3rd Jutland Brigade.

Selected for promotion to lieutenant colonel in 1991 he took command of 1st Tank Battalion, Jutland Dragoons. This period was followed by a position as Chief Land Operations at the Royal Danish Defence Academy.

Upon completion of Senior Course 85 at the NATO Defence College, he was promoted to colonel in 1995 and held the position of Assistant Chief of Staff Plans and Programmes in Headquarters Chief of Defence Denmark.

During the period 1997 to 2002 he served first as Military Assistant for the Director International Military Staff in NATO Headquarters. From there he deployed as Commanding Officer of the Nordic-Polish Battle Group in SFOR in Bosnia-Herzegovina followed by a tour as Assistant Chief of Staff Defence Management and Ressources in Headquarters Chief of Defence Denmark.

Following his promotion to major general in 2002 he served for more than six years as Commander Army Operational Command Denmark. He was appointed as Assistant Chief of Staff Capabilities, Allied Command Transformation in Norfolk, USA in 2008.

Upon promotion to Lieutenant General late 2009 he was appointed as the Permanent Danish Military Representative to NATO and EU. He held this position until his retirement by end 2014. He is working as a private consultant upon retirement.

Lieutenant General Poul Kiaerskou is Commander of the Order of Dannebrog and has been awarded the Defence Medal for Meritorious Service, the Badge of Honour for Good Service to the Army, the Medal of Merit for the Home Guard, the Latvian NATO Medal, Cross of the Knight to the Order for Merits to Lithuania, and the SFOR NATO medal.

He is married to Karen Kiaerskou. They have two grown up sons.